How To Master A Remote Work And Coaching Culture Mash-Up? 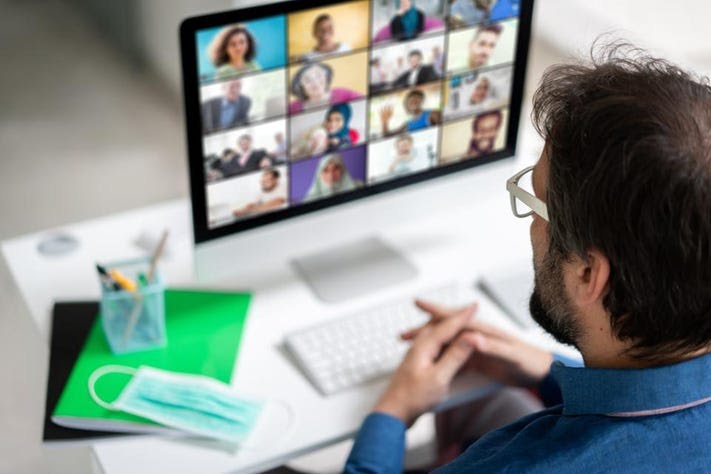 I know more than a few executives who bristle at the suggestion of transforming their corporate culture amid a global pandemic. That idea is typically met with, “Transform? I’m just trying to hang on to what little culture we still have!” I appreciate that perspective. Most companies, many unprepared, have been forced into sustaining remote workplaces. I believe our circumstances actually provide a unique opportunity to exploit remote work and transform a company’s culture into one inspired by coaching.

The World Economic Forum recently published a study asking, “What is the biggest challenged posed by remote work?” The results were surprising. Logistical challenges — making systems and information available — were absent. Instead, the top challenges were relational: collaboration/communication, loneliness and not being able to unplug — all key elements of a firm’s culture.

During challenging times I’ve heard CEOs and top executives say, “I get it. Culture is important, but we’re just trying to hit our business goals right now. That’s our priority.” In reality, the significance of culture never subsides.

As Peter Drucker’s famous quote goes: “Culture eats strategy for breakfast.” Engagement is driven by culture. Deloitte found that 94% of executives and 88% of employees consider a distinct workplace culture important to organizational success. What’s one characteristic that produces a distinct workplace culture in today’s world? A culture driven by a coaching mindset.

Why coaching? A robust coaching culture strengthens our remote working relationships and sets a foundation for whatever form our future workplaces take. Yes, coaching is my world. I’ve been a professional executive coach for over 15 years. And the increased performance I’ve seen in teams that wholly embrace a coaching culture is supported by data. Coaching increases communication by 42% and productivity by 39%. Organizations with strong coaching cultures report significantly higher engagement, too: 61% with versus 53% without. The American Management Association reported that Fortune 500 companies such as Campbell’s Soup and W.W. Grainger have also accelerated productivity by instilling a coaching culture.

Coaching is an investment option frequently challenged by predictable obstacles. A 2020 global study by ICF reported that coaching initiatives fail to gain support due to limited sponsorship from senior leaders (50%), an inability to measure impact (42%), and a lack of budget (38%). While these obstacles aren’t new, they can be conquered.

Let’s take a look at the typical reach and approach to coaching. Most sophisticated organizations will invest in targeted coaching for their top executives. If they’re a bit more serious, they will train the HR team to become coaches. Next, they attempt to prepare the subsequent layers of leadership by training managers as coaches. This typically includes a multiple-day training class designed to magically turn managers into coaches. Some managers might go back and attempt coaching, but this is usually where the wheels fall off.

These managers who are supposed to coach have never experienced coaching themselves. They may understand what they are supposed to do in theory, but they don’t know how it’s supposed to feel for both the coach and the coachee. Managers often counter that it feels like role-playing. Their employees haven’t been coached, either. They’re thinking, “Why is my manager asking me these weird questions?” Skepticism, a lack of confidence and competence, and a general suppression of information drive the initiative into a brick wall.

How do we prepare these inexperienced managers and anxious employees? We start by building a stable foundation with two tactics that address the barriers that halt coaching progress and expansion.

First, hook managers by introducing digital coaching exercises, followed by either a couple of professional coaching sessions or supervised peer coaching. This enables managers to benefit from and experience actual coaching. It provides a frame of reference and a development benefit. You need to establish a “golden ratio” between the human element and technology.

Also prepare employees for coaching sessions. Yes, sharing their inner-most feelings with someone else, especially their manager, is where they freak out. That’s why diving into one-on-one coaching sessions with their managers creates such friction. Here is the crucial aspect: First give employees a digital interactive area to collect their thoughts and then the power to determine what information they share with their manager from the work they’ve completed digitally. This essential component nullifies the distrust and fear that often crush coaching.

Technology is the key to measure and scale your coaching culture. Technology can quadruple the number of people coached. The right tools demolish that brick wall and enable the entire organization to participate simultaneously. Scalability also minimizes skepticism, mitigates insecurities (“Am I the only one getting coached?”) and boosts the company’s commitment to coaching. It involves everyone.

Rocketing ROI and establishing an immersive coaching culture, like maintaining productivity, require a reliable data-driven digital base, so that you can keep track of the following:

• Who is really engaged in the coaching process?

• Is the process advancing?

This quantifiable data can readily be tied to engagement, performance, and revenue data to analyze effectiveness and results impact.

Earlier, I noted the limitation created by a lack of support from senior leadership. I’ve seen too many failures fed by HR’s inability to address the other large barriers — ROI, and budget. Even firms that committed to coaching flounder when there weren’t enough resources — both financially and people-wise — to permeate the organization. By harnessing our remote work environment, capitalizing on technology, and equipping our managers and employees with a systematic and custom experience, senior leadership can endorse the initiative because they can measure impact and curb their investment. Instead of letting the pandemic happen to us, we can commandeer our circumstances and execute a strategy rather than scrambling for a response.