Why ‘Corporate Family’ Is The Antipode Of Psychological Safety At Work? 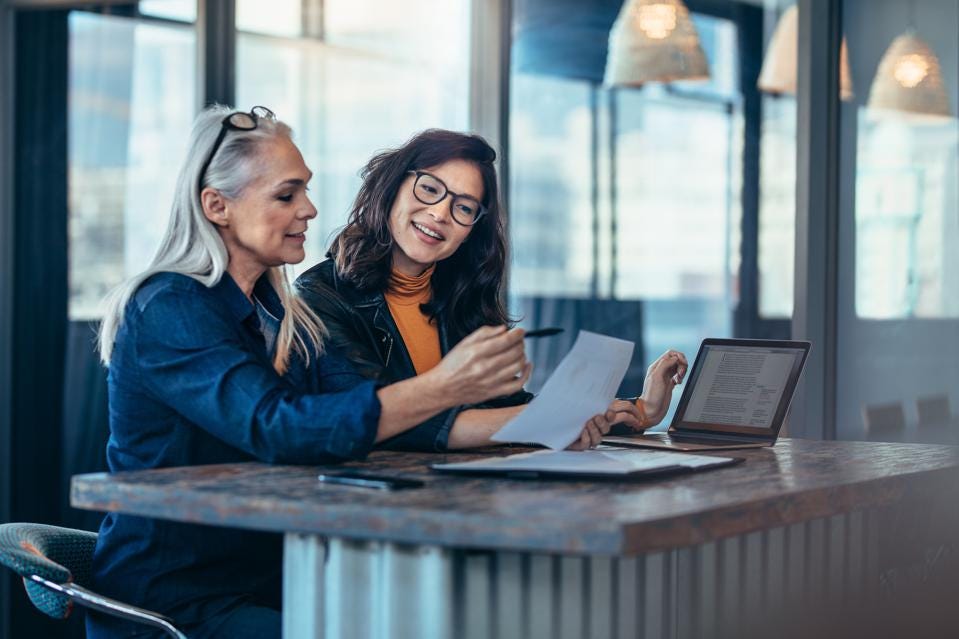 Imagine you’ve been brought in to lead a large corporate organizational development function or signed on as the chief culture officer. Your explicit mission is to improve trust, bolster psychological safety and drive a culture of innovation in the workplace, all in response to engagement survey results that have continually indicated significant deficiencies in these areas.

Throughout your first day, co-workers repeatedly welcome you to “the family.” Surprised? Probably not. Concerned? You should be.

Companies that accurately describe their culture as a “family” end up offering many of the same horrific experiences you’d encounter working with your actual family members. While many of today’s savvier employers have moved beyond calling their workforce “families,” it remains a cultural hook. Sure, “family” is a universal value, so it’s easy to gravitate toward it as a corporate value. However, there are many reasons why a familial culture is counter to progressive workplace priorities, such as growth, trust, invention and respect.

When organizations function as a family, the head of the family operates from a patriarchal or matriarchal vantage. Patriarchs often lead and behave like traditional fathers. They dole out punishment, they command unequivocal respect and loyalty, they’re often disappointed, especially if a “family member” rocks the boat by speaking up or, worse, seeking another job opportunity. Patriarchs want to be admired and obeyed. They are the epitome of command and control.

Matriarchal executives tend to be overprotective, nurturing with an inferred expectation of devotion and obedience. They swoop in to absorb team members’ mistakes and take over complex assignments, eventually halting all professional growth and disempowering their staff. Some slyly build confidences with employees, only to use their confessions against them — or threaten to — if they show signs of rebellion.

These aren’t leaders who perpetuate an environment that embraces growth, encourages coaching and celebrates innovation. They are threatened by those who openly pursue greater responsibility and challenge the status quo. The mother and father leaders instead take steps to stunt their employees’ growth. They safeguard the status quo.

Then, there’s the obvious consequence. If leaders are parents, what does that make the employees? Exactly — children.

Employees become conditioned to demonstrate their adoration and loyalty to mom or dad. They’re compelled to become the favorite or not fall out of favor. The bottom line is that the employees are so distracted by earning the love and admiration of the leader that they lose sight of any motivation to flourish and perform their best work.

Moreover, employees don’t feel compelled to contribute to the organization’s growth. They remain in the “what will the organization do for me” mindset, rather than asking how they can contribute. I remember one client with a familial culture who asked for innovation suggestions. One of the responses they received was to serve parmesan cheese at lunch.

Obedience crushes innovation and discretionary effort. Employees who are consumed by fear of failing to meet a leader’s expectations or having their allegiance questioned rarely possess the courage to contribute to transformation and strategy. Instead of being encouraged to experiment and perhaps fail, they are monitored and admonished, not trusted to do what is expected. They simply don’t take risks.

Reluctance To Speak Up

Since stereotypical patriarchal leaders avoid responsibility for bad behavior by scoffing, “This is just who I am,” employees are often terrified to speak up. They don’t report the obstacles that impede their performance to management. Instead, they whisper among themselves, as children do behind their parents. But when prompted to provide feedback, they respond with silence.

There’s an even darker element. As the #MeToo movement demonstrated, not all types of unethical behavior and corporate malfeasance are reported. Not only are families resistant to change and adhere to the “we’ve always done it this way” mentality, but they’re also secretive. Harassment, coercion and corruption are buried — it stays in the family.

The dysfunction of work families mirrors what we experience at home. Take career planning, for example. Just as a parent may push a child to pursue a particular occupation or avoid interests the parent views as futile, the patriarchal/matriarchal leader often projects their desires on their employees. They proclaim, “I’m moving you to customer service. You’ll do great,” or “You’ll love working above the Arctic Circle,” instead of bothering to care or inquire about the employee’s career goals and aspirations.

Serving Out Of Obligation Versus Choice

It requires tremendous effort to disassociate from a family. Signing an offer letter to this kind of organization becomes a blood contract. Employees fear leaving, challenging or doing anything construed as “against the family.” They work and serve out of obligation, not choice. Those who dare to leave are routinely scorned, scapegoated and rarely rehired.

The Antidote To Corporate Family Culture

I vividly remember interviewing with PwC for my very first job. I was told to expect a heavy workload and long hours. They said, “We spend more time with each other than with our family, so we’re looking for friends.” It was friendship and the teamwork of professionals who have a common desire to work hard and contribute at the highest levels — not family — that PwC promised. And looking back, I remember a distinct feeling of being among friends.

Friendship, where there is a sense of trust and partnership among people, directly aligns with a strong coaching culture. It fosters growth, performance and innovation. In this environment, people are respected and treated as equal adults.

If you are starting a company, running a corporation or can influence how your organization defines and markets its culture, don’t get suckered into the mesmerizing tractor beam of “family.” Create a workforce of friends who sincerely respect one another as individuals and celebrate each other’s well-being and growth.

What does it take to transform an organization’s culture?