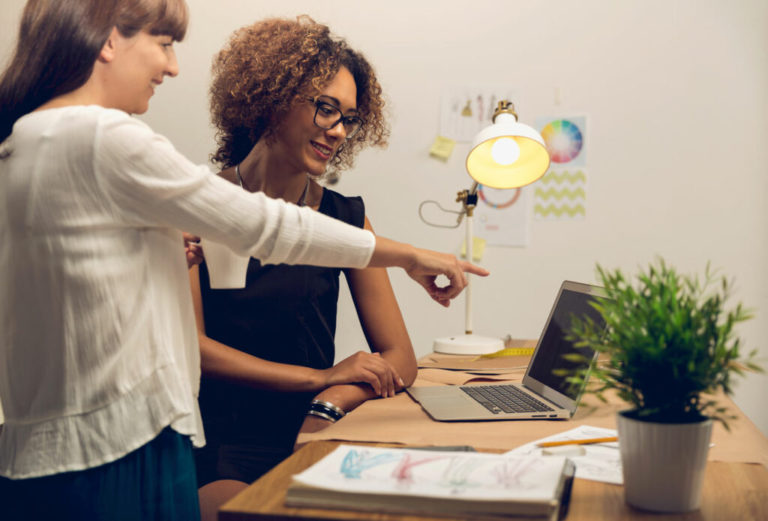 Women in the Workplace: What Is the Real Holdback?

Women in the Workplace:
What Is the Real Holdback?

Women have been contributing to businesses as much as men for decades. They’ve been making names for themselves in every field and even earning more bachelor’s degrees than men (McKinsey). However, men still hold 62% of manager-level positions, while women hold just 38% (McKinsey & Lean In report). So, what is the holdback? Here are SparkUs Managing Partner and Professional Certified Coach (PCC), Özlem Sarıoğlu’s thoughts and experience on the matter. We hope you will find them as inspiring as we did!

Last month, I had the privilege of receiving two awards: One was in the UNLEASH HRTech World Conference, where our digital coaching platform, SparkUs, became no.1 in the Learning & Development Battlefield, and ultimately came in 3rd among all startups in the Startup Competition. The second award was the Young Leader Award of the International Coach Federation (ICF), honouring me as well as 6 other young coaches worldwide as someone to carry the coaching profession forward.

Obviously, I was honoured and humbled by both awards. However at the same time, what struck me retrospectively was that I was the only female on the main stage of the Unleash Startup Competition and only one of two among 6 Young Leaders. What is striking is that both HR and coaching are fields known to be female-dominated. So how come even in these fields there are so fewer women on the stage?

I initially thought we, as women, are not very fond of competition. We simply don’t even apply to a competition to be nominated. Maybe we are shy to show what we do. Maybe we don’t like bragging about it. Maybe we don’t want to overshadow the work itself by our own presence as the work will eventually speak of itself if it’s good, right? Having these thoughts in mind, I urged women not to be shy to present themselves when we as Young Leaders were shooting the Facebook live session on the ICF Converge.

Then something interesting happened: I came across Wendy van lerschot, who has been on the jury of the Unleash Startup Competition, at another HR Tech event in Amsterdam. At first, she didn’t remember me. (Why would she, she sees tones of startups every day, right?) On the other hand, at the end of the night, she came up to me and offered some feedback on my presentation at the Unleash. We ended up having that mentoring session last week.

I went to the mentoring meeting assuming that she’d share some feedback on how I presented about our company. I assumed she’d say something about how I described the platform very well (which is my main area of expertise as a coach) but I skipped that to speak about the company (which I generally left my co-founder to do because he knows the “startup lingo” better than I do).

What she did say was completely unexpected: She said the platform was apparently good. But my female presence, which is so lively and colourful as far as she could see at that event in Amsterdam, and now sitting across from me, was not at all present when I was on stage! Wearing all grey and black, I almost disappeared into the background. She couldn’t see “me” as a woman who has a passion for her work. I was shocked by this remark as I’m someone who gives workshops on Aphrodite energy and female presence in the Institute of Transformational Psychology, where I’m teaching other coaches, and I’m regarded as a “usual suspect to give this workshop” as I carry the female energy so naturally. And I AM passionate about my work! Then, together with Wendy, we watched the video of me on stage that day, and yes it was just a “person” there, someone who knew what she was talking about but that could have been a man as well.

What Is the Real Holdback?

This brings me to the question of women in the workplace. We still see much fewer women higher in the hierarchy, much fewer women being recognised and awarded, and mostly it is not because we are not allowed to be there. We are finally allowed based on objective terms. And yes there obviously is a certain glass ceiling. But how about the glass ceiling within ourselves?

What made me wear so much grey that day on the mainstage that I almost disappeared into the background? Looking back, I recognise my insecurity of being in a startup competition, being afraid of all the potential “startup lingo” that may be required. I was afraid of not being able to give “smart ass” answers to tricky questions that you might have in any competition. This feeling of “I don’t know the rules of this game” is so familiar to me in business life – and I suppose I am not the only one having those thoughts.

We, as women, tend to consider ourselves less than, because we took part in this play, whose rules were written throughout the decades by men. We tend to assume the way men lead is the way to lead. We tend to assume “power plays” are a necessary and indispensable part of being in the business. We assume if you don’t know these abbreviations, then you don’t have a business mind. Then we tend to do two things – either keep ourselves small by saying “that’s not me, so I would rather stay under the radar,” or act as a man would, completely hiding our female energy.

We lack business companionship. Whenever my co-founder arrives from his “boys night” he comes with these interesting new ideas about our work. Men speak about business, but not about feelings – that’s where they need to grow. When I have a “girls night” with my female friends, who are all top executives, we speak about feelings, but not business. And that’s where we need to grow.

We lack role models. We very rarely get examples of women showing their female energy and running the business from there. I’d like to invite us all to be the role models that we seek for ourselves. Being the change we want to see in the world. Are we afraid that we do not know the “rules of the game?” Let’s create our own rules! The great news is the current rules of the game are already being disrupted by technology, by startups, and by young people. It is not the time for“smart ass answers,” but for “genuine contribution.” It is not the time for these “genius commanders,” who tell everyone what to do, but the time for wholehearted leaders who act as facilitators to bring out everyone’s real contribution. We, as women, have a lot to contribute to the workplace. Let’s own it!

And let’s start a discussion around this.
What are your experiences and thoughts on this subject?